Why President Bush Should Not Be Re-elected

Here is one of my personal viewpoints on why President Bush should not be re-elected. So you know a bit about myself, I proudly became a U.S. citizen this year and I am not a member of any party. 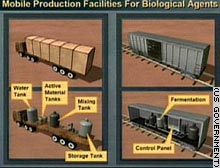 By today, the primary reasons for going to war with Iraq have been shown to be completely false. The Duelfer report concludes that there have not been any weapons of mass destruction in Iraq since the mid-1990s, and that Saddam's intent to acquire them were blocked by sanctions and UN inspections. The mobile weapons labs turned out to be trucks for producing hydrogen for artillery weather balloons, originally sold to Iraq by the British. The executive summary of the 9-11 Commission report does not even make mention of Saddam Hussein or any Iraqi groups, but states that, "the 9/11 attack was driven by Usama Bin Ladin." The Report on Prewar Intelligence states, "most of the major key judgments in the Intelligence Community's October 2002 National Intelligence Estimate (NIE), were either overstated, or were not supported by, the underlying intelligence reporting."

Therefore, since Saddam had no weapons, and no substantive links to terrorists, there could not possibly have been any imminent danger from Iraq to the United States. While it was true that sanctions and UN programs were under strain, this warranted a realignment of military-backed policy, not an all-out war. For example, just as in the case of Libya, we could have pushed Saddam to allow UN-enforced curbs on weapons programs in exchange for lifting of sanctions. One thing is clear, we neither prevented any terrorism nor served justice to those who attacked us by invading Iraq at such high expense.

The United States has lost a good measure of credibility in the world, and the blame for this failure lies entirely on President Bush. Bush told the country that, according to his intelligence, Saddam Hussein had weapons of mass destruction, and that at any time, these could be given to terrorists who would attack the United States. The President asked his intelligence agencies to provide evidence to support a war with Iraq. The President convinced the Congress that serious consequences were in order, and that all other means of resolution were exhausted. All of us believed him because he is the President, and we love our country such that we do not want it ever to be attacked.

If the executive of a corporation leads the company into a new venture that ultimately fails, that executive is replaced. If a physician performs a risky surgery, only to find that the patient was never sick, that physician's license to practice is suspended. At the very least, the physician or executive would admit that they failed, and not shift blame to others.

It was the President's responsibility to interpret the prewar intelligence, and the bipartisan prewar intelligence report concludes that the interpretation was "overstated." Therefore, President Bush failed to correctly interpret the intelligence on Iraq, leading to a bloody and costly war with Iraq. The misinterpretation was due either to a predisposition towards war with Iraq or incompetence, either of which is unflattering to say the least. Due to his failure, many of our fellow citizens have paid the ultimate price.

Although it would be the responsible thing to do, the President admitting failure in Iraq would unleash the wrath of those who have lost loved ones in Iraq. This is why he does not admit his failure, but instead makes excuses to blame others. He says everyone had the same intelligence as he did, and that everyone voted for the war. He forgets the fact that, as the leader, everyone was following his guidance. He now shifts the goal in Iraq to building a free Democracy as an example for the Arab world, despite the fact that as a candidate he promised not to be a nation-builder, and that the United Arab Emirates, Israel, and Egypt are already Democratic countries in the Arab world. He fails the most basic test of a leader, which is to lead in the right direction. Like the shepherd who cried Wolf, he no longer has credibility. The next time President Bush says a threat needs action, how do we know to believe him?

President Bush likes to tout his leadership and consistency. But like the Apprentice candidate Pamela Day, a person who is decisive but wrong needs to be fired. I want a leader who has a vision for America, as a beacon of humanity, democracy, and liberty. I certainly do not agree with all of Kerry's policies, but he has a self-determined vision for America that I can believe in. He also offers the chance to restore some of our country's standing in the world, a powerful antidote to terrorism. I'll take that over someone who leads the team to failure any day. On November 2, it is our responsibility to vote to hold the President accountable.